Online article (pasted below) at http://www.urbanbeardsman.com/2015/06/breaking-barriers/ 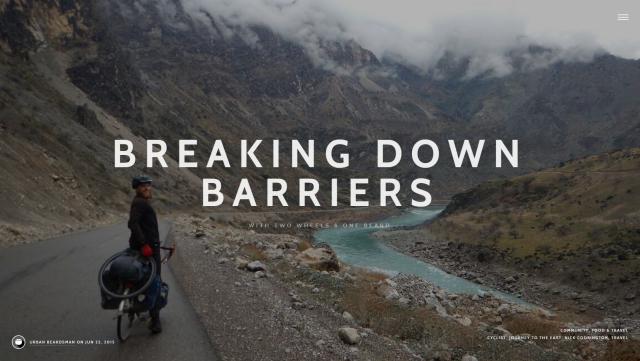 My beard was frozen to my face again. The man with the gun strode out purposefully towards me, as I dragged my laden bicycle the last few metres to the checkpoint. I was exhausted. My whole body shook, shoulders and arms straining from the effort it had taken to push my weary mount up the steep path, clinging to the side of the cliff. Far below us twirling blocks of ice twinkled in the midday sun, catapulted downstream to the bottom of the Wakhan Valley. My face was drenched in sweat, beads flowing freely from my forehead, down my cheeks, getting lost in my moustache and then trapped in my straggly beard – the same beard I had been growing since my departure from England by bicycle nearly 5 months ago. The black, red and green of the Afghan flag fluttered in the breeze at the checkpoint, reminding me where I was. Way out of my depth. The man raised his rifle tentatively as I approached. 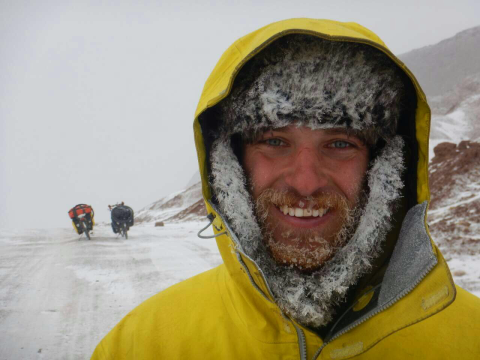 There are far more wolves than foreigners in this part of Afghanistan, a fact locals had been reminding me periodically as I cycled. I don’t speak Farsi, so these warnings had been communicated in elaborate sign language, people folding their hands into clamping jaws and then running their finger across their neck like a knife. But this didn’t worry me unduly –since I’d left London I had cycled across Europe, into Turkey and up high into the Georgian mountains. I had been deported from Azerbaijan (a very long story), crossed the Kyzyl Kum desert of Uzbekistan and taken on the isolated Pamir mountain range in Tajikistan. Temperatures had ranged from +45C to a nippy -45C. This week my water bottles had frozen within minutes of being out in the open, and only unfroze again when stuffed inside my sleeping bag with me at night, sucking out my body heat. My destination was Hong Kong, 17,000km away from home, an epic ride to raise money to fight prostate cancer. I was a bearded man on a mission and aimed to ride every kilometre of it: a bit of cold and some beasties were not going to stop me. 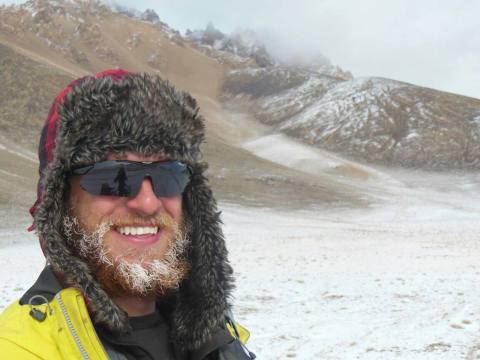 This checkpoint however, could. The road I was following was a notorious drugs highway: the Afghan military patrolled it daily and had a strong presence in the Badakhshan region. Foreigner travellers didn’t come here. My documents were in order, but that needn’t stop a nervous sentry from sending me back the long way I’d come.

The man waved for me to stop, looked agitated. We had no common language. The checkpoint wasn’t much of a barrier – a horizontal branch lying over two vertical ones across the rocky track – but it was the man’s half-raised rifle which worried me. A few minutes of awkward hand gestures then he pointed at my beard, a big bushy ginger thing which served as a windbreaker, and now an icebreaker. I smiled nervously. Suddenly the sentry’s face relaxed into a broad grin and he gave an emphatic thumbs-up, which I returned, while pointing at his facial growth, as if to say, “Yours isn’t too bad either!” A handshake and the branch was lifted to let me pass: I was back on my way. 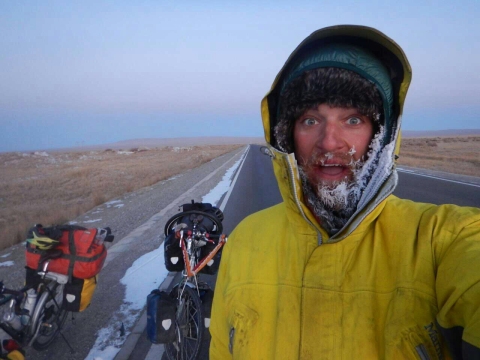 Throughout the expedition, my beard had grown from humble student origins to take over the bottom half of my face, as I decided to let it do its thing for the time it took to reach Hong Kong. Granted, it was anything but beardsman-worthy: often on the frontline against the elements, it was routinely coated in dust and grit from cars, and desert sand from the road, then hardened by the cold and dry climate of the mountains. It would freeze to my face, forming a protective ice-mesh when temperatures plummeted, and became a reliable source of hydration when my water bottles froze and I sucked at the ice from my moustache. Beard oils, combs and brushes were luxuries I couldn’t afford on the road. I had got my packing priorities horribly wrong. 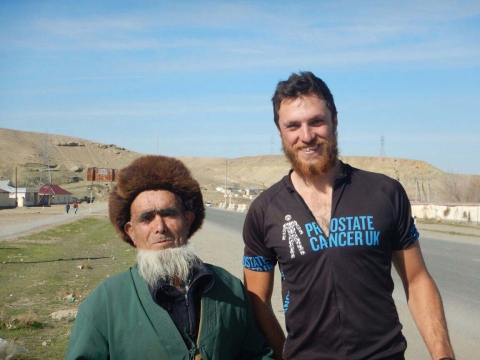 Yet despite my bedraggled appearance, the key to my success as a touring cyclist was in the people I met who were able to help me out along the way. Having a beard was integral to this phenomenon. There is something about a beard which breaks down cultural and linguistic barriers across the world in a way I can’t reasonably explain. In Azerbaijan and Uzbekistan people stopped me to feel it and make sure it was real before inviting me in to eat. Kids in Kazakhstan chased after my bike just for the chance to stroke it! My beard would become a source of astonishment to the hardy (but hairless) monks on the Tibetan Plateau, battered by the elements. In most cases very few words were spoken: a thumbs-up, a grin or a chin stroke was all that was needed to instantly connect with people around the world, thanks to my straggly facial appendage.

Just imagine if I’d had the oils and combs.

So wherever you are, gentlemen – beard on! 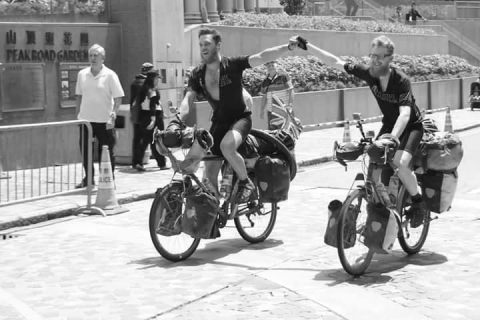 Nick Codrington cycled from London to Hong Kong with Lawrence Gribble after graduating from university, to raise money for Prostate Cancer UK. They aim to raise £1 per km cycled, to reach a total of £17,298. Below is a link to their donations page and more stories can found on their epic blog:www.justgiving.com/journeytotheeast
www.journey-to-the-east.com