I’ve been lucky enough to live for 4 years in Indonesia during school and uni, which was an amazing platform to travel around Asia from. Having briefly seen the tourist carnage of south Thailand I developed a bit of an obsession with avoiding ‘the beaten track’, which has led to some memorable stories – like the search for the perfect beach in Indonesia and a hitchhike into an earthquake disaster zone in Tibet. For me, this trip is a combo of getting off the beaten track and getting to know some locals by muddling along in different languages.

In terms of endurance, I haven’t attempted anything which comes close to this idea. I’ve also usually stuck to team sports like rugby or ice hockey, only using a bike to cycle the 5 minutes to lectures once in a while. So the first leg of this trip might be interesting! I have a twin brother who is a keen climber and has spent the last two summers organising expeditions to Kyrgyzstan (2012) and Greenland (2013) to do some first climbing ascents. So I thought this summer was my turn. He has been a massive help in giving advice for gear and planning.

I’m most looking forward to the middle leg of Iran and the Stans, mainly because these are the countries I know the least about! I think Iran gets a bad reputation in the West because of the intense media reporting at an official level – from what I’ve heard from backpackers and travellers at street level, they had a fantastic time. For the Stans, there is definitely the added challenge of the Pamir Highway, which has been called the Holy Grail of adventure cycling. It is the second highest highway in the world, and the trip’s timing has meant that we will be crossing the Pamir Mountains during mid-winter. At least we’ll have about an 8,000km run up to get fit for it. 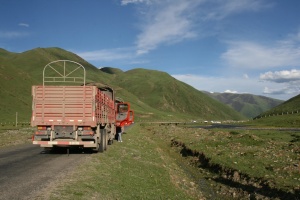 Quite a way to travel! 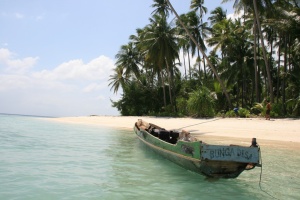