After spending a few days in Munich, we decided that we’d push on down to Vienna via Marktl – made famous for being the birthplace of Pope Benedict XVI (the one who recently stepped down).

The day getting out of Munich was pretty straightforward. The only really memorable thing was how easy Munich city dwellers were annoyed by cyclists breaking rules and how easy it was to wind them up (accidentally, of course). On one occasion we pulled up by the side of a bike lane waiting to cross the road, when a guy stopped, looked us up and down and shouted something in German. Apologetically I smiled and shouted ‘Sorry!’. Chancing we were English speakers, he angrily translated what he’d just said in English- something about a green light!!

It was nice to get out of the city and back on to the country lanes. We faced quite a few tough hills. The mind was starting to play funny tricks when going up them – half way up a steep one, I managed to convince myself a stream was the Danube River flowing downstream- hoping it meant one thing and one thing only- DOWNHILL. This wasn’t to come for another couple of hundred miles!

The evening was spent on a farm and after a hearty breakfast of pretzels we hit the Benedictweg – a specially dedicated cycle path for pilgrims leading straight to the Pope’s birthplace. Ever the sceptic, Laurence was convinced this route would detour and (I quote) go via each local church on the way so we stuck to the country lanes.

The village itself had maintained a lot of charm and not completely sold out save for the local bakery. Gutted it was closed, we were left wondering what Vatican bread, Benedict torte etc were! We did the tour of the village visiting Pope Benedict’s home of two years and his Baptismal Church. That afternoon we headed for the Austrian border.

Just a few miles over the border, we were invited to set up camp in the fields of another farm. Again we had stumbled upon a really obliging family! We were introduced to Matthew – a guy living just down the road from Shrewsbury town in the UK! (What were the chances?!) On Saturday morning we were invited to go to Matthew’s for breakfast to be treated to a ‘Taste of England’ – sausages and fried eggs! Over breakfast we caught wind that there was a beach party happening that night in the village. As good fellow travelers, Nick and I decided to go and check out the venue (a water filled pit), leaving Laurence to write our last blog post. We decided it would be rude not to stay an extra night!! At about 7 pm (just as we were getting changed into our beachwear) the heavens opened and heavy rains and thunder and lightening pursued. The beach party was off and, ever the optimists, we were grateful of an opportunity to test the tents out in a storm. We were in bed for 9 pm!!

Perfect weather for a beach party

On Sunday literally all shops are closed in Austria, I was fortunate to have found someone who shares my love for pastries of a morning and knew of the only (perhaps illegal!!) bakery open Sundays in Austria. We jumped in the car for a 12 km round trip and I returned laden with breads!! (Austria’s al Capone?)

On Sunday we finally joined up with the Danube River – all downhill from here! (we hope!!) We passed through the historic city of Linz and decided to camp on a piece of land behind a complex of inhabited garden sheds! Just as we started to pitch tents the heavens once again opened.

As we were packing up the tents early Monday morning, we were approached by an elderly lady who lived in one of the sheds. Initially startled, she soon warmed and invited us into her hut for coffee and biscuits. Suspecting it was potentially a plot to keep us there whilst she reported us, we kept our bikes in eyeshot and eyed up an escape route. Fortunately all was in vain and I’m still here to write the blog without an Austrian criminal record! Tired of the drizzle we decided we’d try to get to Vienna a day earlier- meaning we’d have to cover over 220 km that day. At that point our maximum daily distance was only 130 km so it was not going to be easy by any stretch of the imagination. We followed the Danube cycle path which ran more or less parallel to the river. It passed through Austrian wine country and fortunately we managed to find a little tavern serving local white wine for €1 a glass – which helped to make the journey bearable! After our stop we continued along the dedicated cycle path until one of the group was stopped by a police officer for jumping a red light on this dedicated cycle path! Armed with a speed camera to make sure no cyclist broke the speed limit, we were warned about red lights on dedicated cycle paths and were back on our way! That day we were on the bikes for just over ten hours cycling time which started to have strange effects. On getting onto a newly laid piece of tarmac, I shouted out loud ‘Cabin crew for departure’ and sped off at 37 km/h – don’t ask… I can only assume I was pretending to be flying a jumbo jet as one does?!
50 km outside of Vienna we met two Italian cyclists and cycled into the city with them. They helped to break the monotony. Before we knew it, we’d done 222 KM that day and earned ourself an extra rest day and more importantly at 11pm a McDonalds!! We spent this morning relaxing and started doing the tourist sites in the afternoon- so far very impressed by the city and well worth the extra push yesterday (although I’m not sure my lower body agrees!!) 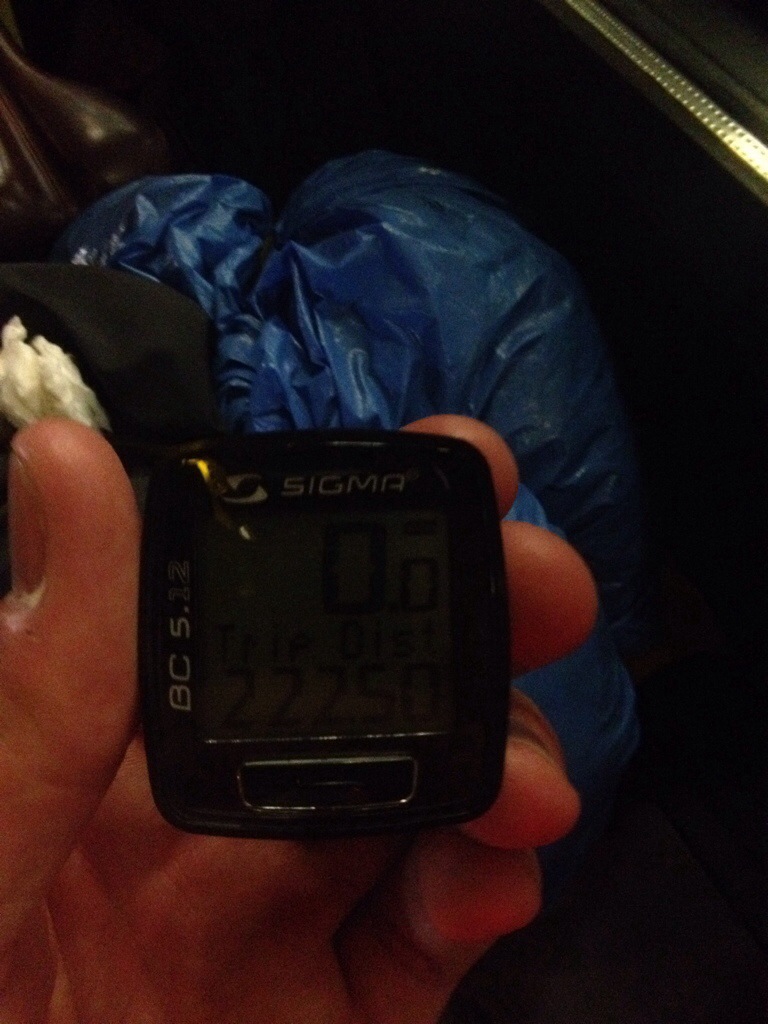 We aim to head towards Hungary in the next couple of days via Bratislava (Slovakia). Stay tuned!!